Reputation is attached to each region of the game. 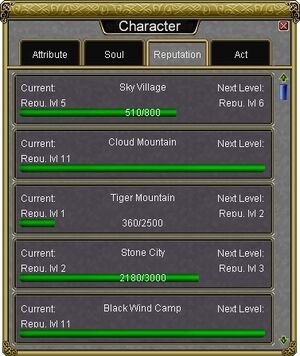 Players can earn reputation points by doing quests given by specific NPCs. In most areas this will be the Reputation Merchant. Reputation quest can be done repeatedly with rewards of Experience, Energy and Reputation Point The first 3 completions of Reputation quests can be rewarded double or triple rewards according to different areas. 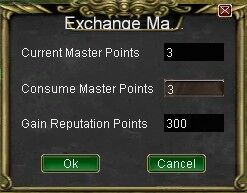 The Reputation Merchant has superior items available that are difficult to acquire in normal gameplay. In most instances these items will be blue. Earning reputation points allows a player to purchase these items from him. There are a few other NPCs who also offer reputation rewards, including Rube Rich Man and Loo's Graves Keeper.

Community content is available under CC-BY-SA unless otherwise noted.
Advertisement